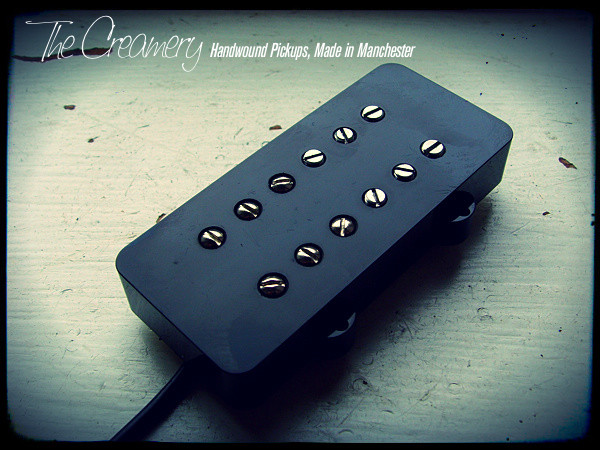 After the gigs, and with the pickup performing well onstage he asked me to make a bridge & neck humbucker sized set to the same spec for his ’62 SG - These are the same ones.

A great replacement humbucker for a standard Jazzmaster size/shape.