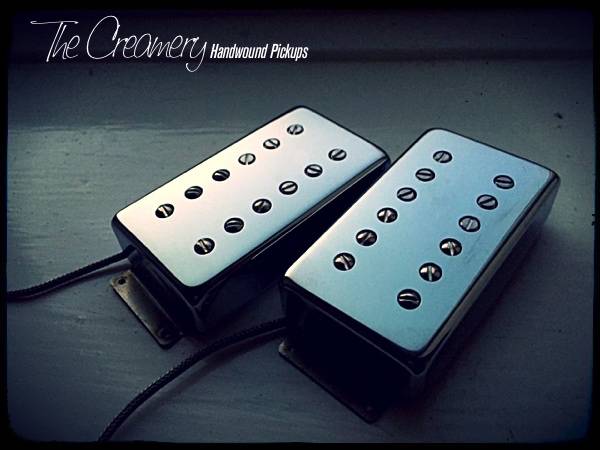 After the gigs, and with the pickup performing well onstage he asked me to make a bridge & neck humbucker sized set to the same spec for his ’62 SG - These are the same ones now available in the larger Fender Wide Range Humbucker size.

A great replacement humbucker for the modern reissue Fender Wide Range Humbuckers if you're looking for a fatter, grittier, dirtier, crunchier alternative sound.

Back to: Custom Handwound Replacement Vintage and Modern Humbucker Pickups