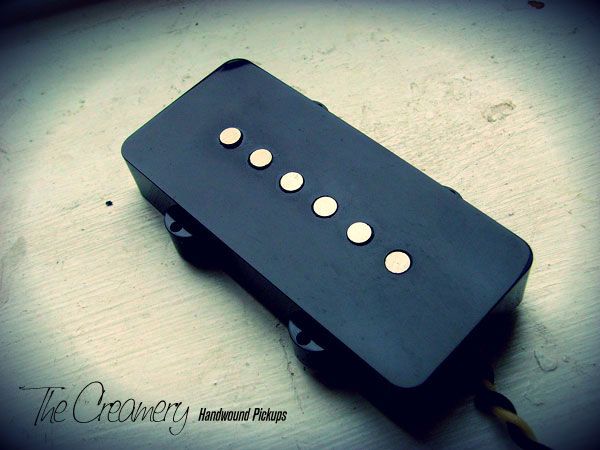 The Alt '88 pickup was inspired by the alternative music scene of the mid-to-late '80s and after feedback from Jazzmaster players the design has now been split into two distinct versions. Whereas the the "Alt '88 - Mid-Range" uses the same taller, stronger rod magnets but is wound with thinner 43awg coil wire for a fatter, fuller, more mid-range voice, the "Alt '88 - Treble" uses thicker 42awg coil wire and taller, stronger rod magnets for a brighter, more cutting, attacking sound. Both have been designed to have similar, higher, more powerful outputs - the difference comes from how they're voiced.